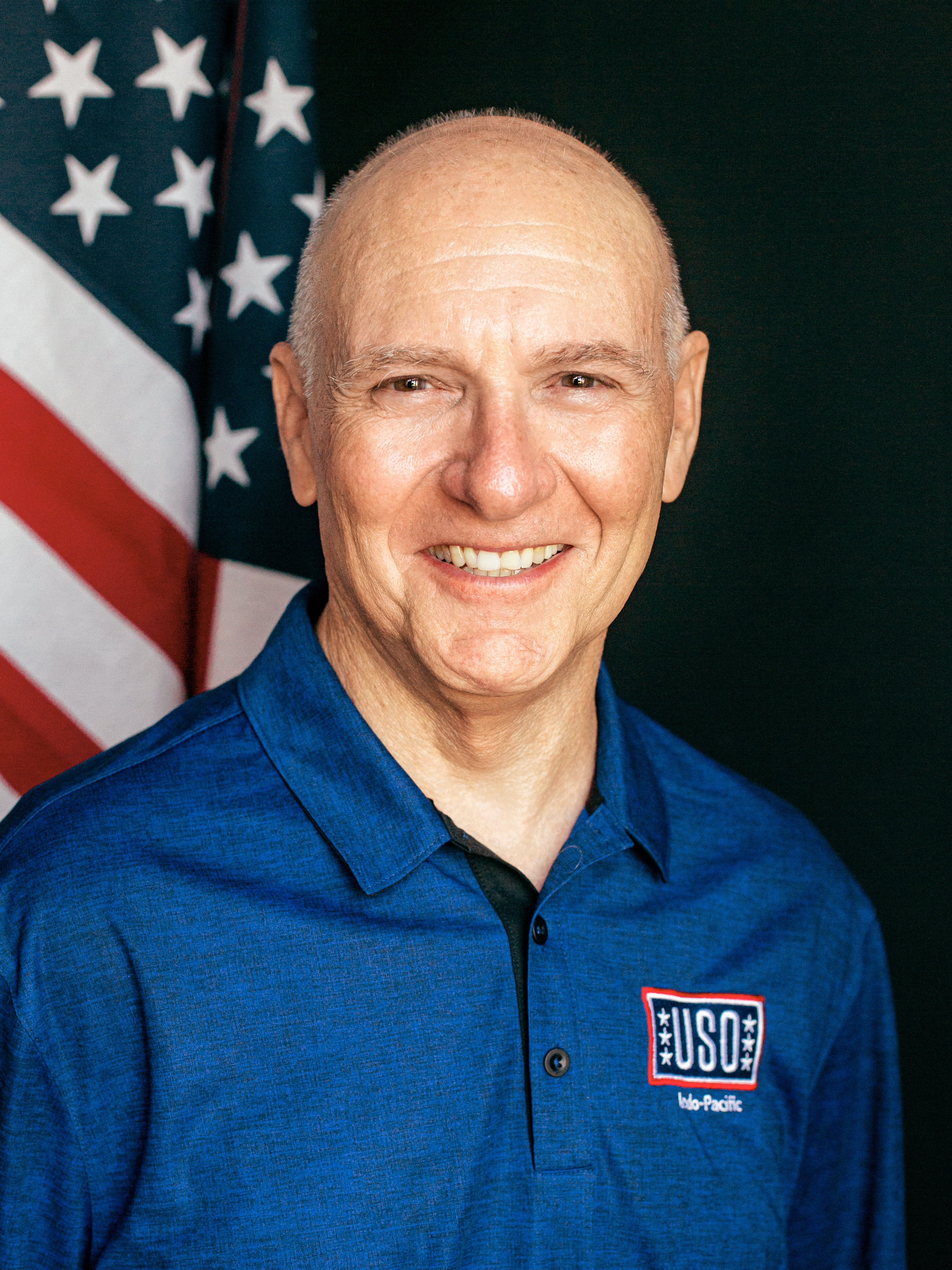 Prior to his current position, Paul served in the United States Marine Corps for 30 years. During his military career, Paul served in a variety of command and staff billets from 2nd Lieutenant to Colonel. Paul spent 13 years in overseas billets and participated in a variety of joint and combined military exercises and operations as well as Operations Desert Shield and Desert Storm.

Upon his retirement from the Marine Corps, Paul worked as the Deputy Director for Marine Corps Community Services, Cherry Point, NC. There he was responsible for day to day operations that included retail activities and personal services. Paul joined the USO in May of 2012.

In addition to his normal duties, Paul developed and implemented Expeditionary Operation Model to increase the USO’s reach beyond the brick and mortar Centers to remote and isolated areas in the Indo-Pacific. For example Service Members get an experience in the austere environs of Australia Thailand, Philippines, Indonesia, and Singapore during military exercises. Additionally, he shaped the expeditionary model to support military contingencies such as Humanitarian/Disaster Relief Operations (H/DR OPS) and Non-Combatant Evacuation Operations (NEO OPS).

Paul also developed a facility life cycle renovation plan that spans the life of a USO Center Facility into ten year segments that is constant. For example, within a ten year period the Pacific Region’s brick and mortar facilities are scheduled either for minor or major renovation based on the Center’s opening and closure.

Paul is a graduate of the National War College where he holds a Masters Degree in Strategic Studies, as well as a Bachelor’s Degree in English from the University of Massachusetts in Amherst In addition to his passion for supporting America’s military personnel and their families, Paul enjoys traveling the world and is an avid student of blues guitar.

Paul is married to the former Clara Whitaker and has two sons Louis Paul and Samuel John.