As the Military Expands Its Reach in the Pacific, So Does the USO

By By Danielle DeSimone 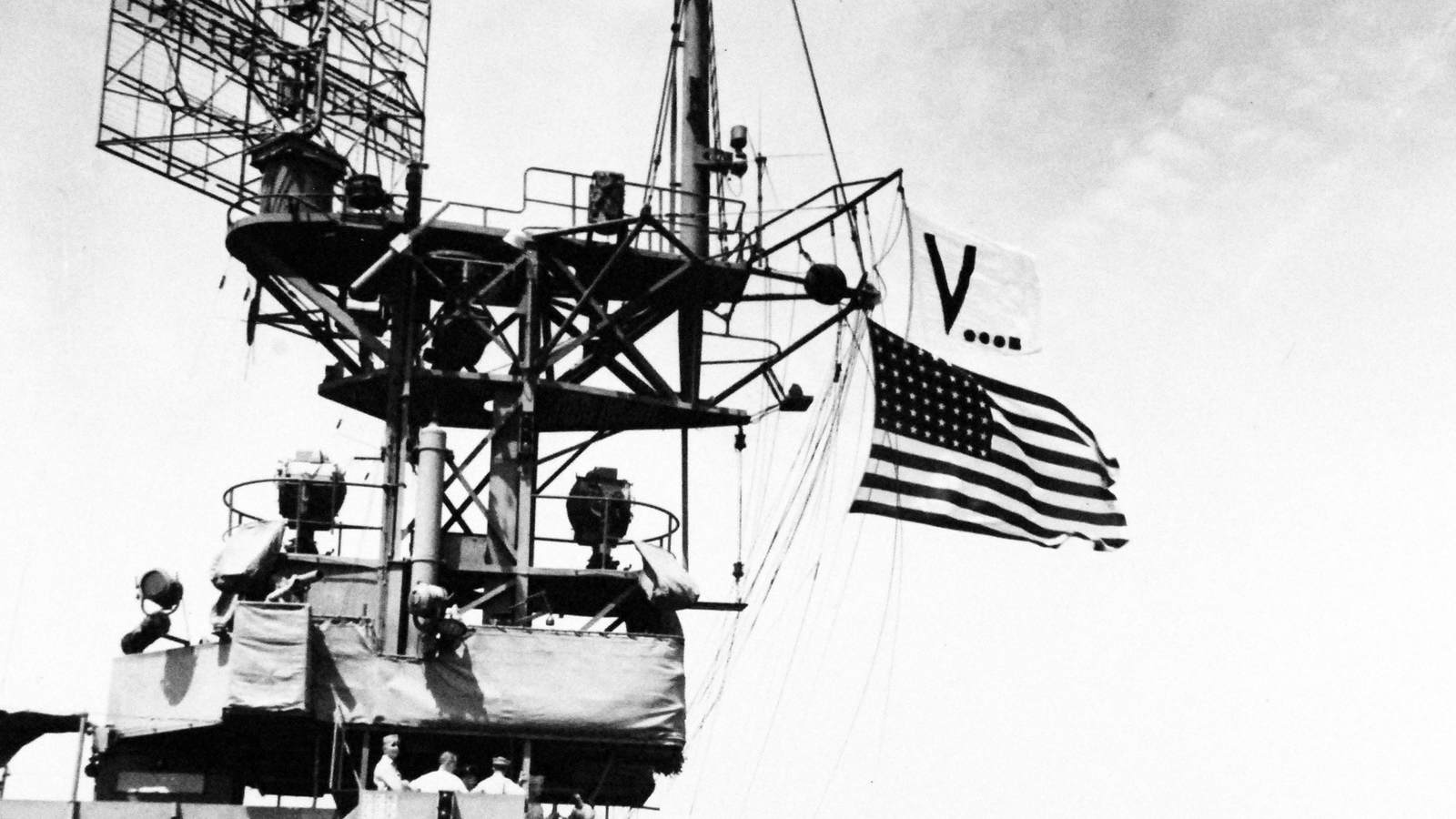 There are several hundred thousand service members and military families stationed and deployed throughout the Pacific region. It is a region that has long seen the presence of U.S. troops, but rising tensions in recent years has led to an even greater U.S. presence.

As the U.S. military expands its stance and operations in the Pacific, so too does the USO, ready to support our nation’s Armed Forces no matter where in the world their service takes them.

With permanent U.S. military installations located in Japan, South Korea, Guam and Hawaii – and a massive area of responsibility that includes 36 countries, five nuclear-armed nations, eight of the world’s ten largest militaries, five of our nation’s seven mutual defense treaty allies and major international waterways – operating in this region is no small feat.

Over the past several years, the U.S. has focused more heavily on the Pacific region, positioning itself strategically in order to address rising threats. U.S. military forces in the Pacific are engaged in counterterrorism operations and defend freedom’s frontier in places such as the demilitarized zone (DMZ) in Korea, providing the security essential for diplomatic negotiations and economic prosperity.

With recent escalation of tensions with China, North Korea and Russia, the realignment of the U.S.’ global posture in the Pacific is crucial to enhancing stability and ensuring peace and democracy throughout Asia. In fact, in addition to already-established boots-on-the-ground operations, in 2020 the U.S. deployed three 100,000-ton Navy aircraft carriers to the Pacific Ocean for the first time in several years – a display of force to deter aggression in a rapidly changing region.

The service members and military families deployed and stationed in this region deserve and need support during their time in the Pacific – which why the USO has pivoted right along with our Armed Forces to ensure that we are with them every step of the way.

History of the USO in the Pacific Even before the attack on Pearl Harbor on December 7, 1941, the USO had an established presence on Hawaii, then a U.S. territory. However, once the United States entered World War II, USO centers quickly expanded throughout Hawaii, where they became a large outpost of support for service members entering the Pacific Theatre of the war. Later, USO centers were built in other parts of the region as well, including the Philippines and Guam.

When the United States entered the Korean and Vietnam Wars, the USO also joined them, with USO centers scattered throughout Korea, Vietnam and Thailand and entertainment tours that traveled within the region. Notably, during the Vietnam War, several of the 23 USO centers established in Vietnam and Thailand were located in combat areas – the first combat USO locations in the organization’s history.

Although these USO locations involved a certain degree of risk, the centers were crucial save havens for American troops throughout the war. Because so many civilian communities throughout Vietnam were at risk of attack, service members often had almost nowhere to go in their free time away from the front lines – that is, no place other than the USO.

Since then, as the geopolitical situation has evolved in the region, so too has the USO. In 2020 alone, the USO opened and renovated seven USO centers. Today, the USO has 31 locations throughout the Pacific, including everything from traditional, brick-and-mortar USO centers on military installations, to Mobile USO vehicles able to travel where needed, to expeditionary support on the front lines.

“The USO is a force multiplier in the Pacific region,” said USO Pacific Regional Vice President Charles K. Hyde. “There are 360,000 military personnel assigned in the Indo-Pacific who are separated from their home, family and country – a half-a-world away in unfamiliar cultures – in the Department of Defense’s priority theater. USO Pacific is by their side from Japan and Korea to Thailand and the Philippines to Hawaii and Guam.”

No matter where our military community goes, the USO is right by their side.

Supporting Service Members Stationed and Deployed to the Pacific Region Today Through USO Centers When thinking of the biggest challenges that face our service members today, being stationed in the Pacific region might not be the first thing that comes to mind.

But 11 miles south of the Demilitarized Zone – also known as the DMZ – that separates North and South Korea, several thousand American troops are stationed at U.S. Army Garrison Camp Casey. With a border outfitted with tens of thousands of artillery weapons, rocket launchers and a volatile North Korea only a stone’s throw away, tensions are high for service members stationed in this location.

To help alleviate the stress of this duty station, the USO center on base – USO Camp Casey – provides service members with a comfortable place to head to at the end of their long days. Brick-and-mortar USO centers like USO Camp Casey provide service members and their families with a welcoming, homelike environment and are often described as a “home away from home.”

While each USO location in the Pacific region is different, most – including USO Camp Casey – offer free snacks, comfy couches, spaces to watch TV or play video games, free Wi-Fi and special events designed to foster connections within their local community and with loved ones back home.

Although having a comfortable place to sit or a trivia night with fellow service members might sound relatively simple, these things can make all the difference in improving the lives of service members under an immense amount of pressure and stress – helping to ensure operational readiness across the region.

Through Expeditionary Support The USO also extends its support to service members in remote locations, like those maintaining freedom of the seas in the Pacific Ocean.

When the USS Theodore Roosevelt made headlines in 2020 after several sailors onboard tested positive for COVID-19, the USO team on the island of Guam quickly stepped in to provide 11,000 USO Care Packages filled with snacks and hygiene kits to quarantined service members, as well as virtual programming to keep them entertained while they recovered in isolation.

“It is an honor for our USO team to work alongside our U.S. Armed Forces in this fight,” Leigh Leilani Graham, USO Guam area director, said in a 2020 USO.org story. “Because they are a tremendous force for good in this world.”

Back on dry land in the jungles of Okinawa, just off the coast of mainland Japan, Marines deployed for training exercises on the island received expeditionary support from USO Schwab. Since these Marines couldn’t make it to a USO center for a break between training, the USO came to them, handing out refreshments and a brief respite from their daily routine. Meeting these service members where they are is often just a part of the job, even if that means trekking through the jungle.

Supporting Military Families in the Pacific Region Military families, in many ways, serve right alongside their service members – especially when stationed in another country. These military spouses and military children must adapt to an entirely new way of living as well as new schools and social networks, all while separated from their family, friends and the American lifestyle they’re used to.

The USO provides a network of support for military families so that they still feel connected to home and their surrounding military community throughout their time in the Pacific region. In addition to welcoming military spouses and families into brick-and-mortar USO centers, the USO offers several programs and services for military families in the Pacific and has even adapted these offerings to adhere to COVID-19 safety measures.

From USO Coffee Connections, a series of networking events for military spouses, to a gardening club in South Korea to keep children connected to nature during COVID-19 lockdowns, to virtual cooking classes in Japan, to a slew of other locally-tailored in person and virtual programming, USO Pacific has something for everyone.

While these offerings might look simple from an outsider’s perspective, the sense of normalcy and belonging they provide to military families living in a foreign location is valuable beyond measure; when the needs of military spouses and military children are met, our service members can rest easy and focus on the mission at hand – protecting the U.S.’ interests in the Pacific.

That is why it is so crucial to ensure the military community has the support they need, and why USO Pacific strengthens our service members and their families so they can focus on their mission while stationed far from home.

When USS Theodore Roosevelt Sailors Were in Need, the USO Was There to Support As the USS Theodore Roosevelt made international headlines for its positive cases of COVID-19 aboard the aircraft carrier, the USO team on Guam had only one mission: to support the quarantined sailors in any way possible, just when they needed it most.

For U.S. Military Recruits Living in Micronesia, Guam and other Pacific Islands, the Logistics of Enlistment Can be a Challenge For potential military recruits living in remote areas of the Pacific and Micronesia, choosing to enlist entails